“One of those spirits who sometimes will go ahead of public opinion instead of tamely following its footprints.” Carl Shulz, of William Seward

William H. Seward – Billy Bob to his friends, of which there were none – was the 24th Secretary of the United States. If you’re going to be a secretary, the United States is probably a good thing to be secretary of. Seward was governor of New York, US Senator, and one of the main figures of the Republican Party in its founding days. One of the guiding principle of the Republican Party at that time was the basic human dignity of the African people who were brought to this country in chains. Priorities change. 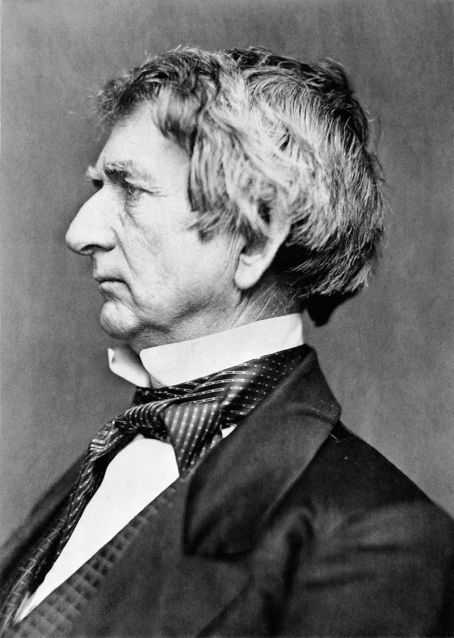 As governor of NY, Seward signed laws guaranteeing fugitive slaves the right to a trial by jury in the state and he fought for freed people enslaved in the South. Abraham Lincoln chose Seward to be his secretary of state and during the war between America and the traitors, Seward kept England and France from recognizing the Confederate States of America as an independent nation, threatening them with war if they did.

On the day that John Wilkes Booth assassinated Abraham Lincoln one of Booth’s co-conspirators, Lewis Powell, went to Seward’s house to kill him. Frederick Seward, William’s brother, tried to stop Powell and was beaten with the barrel of a gun. Powell stabbed William Seward five times in the face and neck. Powell was hung for his crime but not before Seward’s wife Frances died from a heart attack brought on by the shock of the assassination attempt that had almost killed her husband and injured both her sons. Frances had been deeply committed to the abolition of slavery, growing up in a home that was a stop on the underground railroad.

William Seward is now best know for “Seward’s Folly,” the purchase of Russian America (now known as Alaska) for $7.2 million in 1867. He was also instrumental in the purchase of the American Virgin Islands. If it was up to him, the US would have also purchased Greenland, Iceland, and the Dominican Republic.

The statue of William H Seward sits at the southwest corner of Madison Square Park.

“The interest of the white races demands the ultimate emancipation of all men. Whether that consummation shall be allowed to take effect, with needful and wise precautions against sudden change and disaster, or be hurried on by violence, is all that remains for you to decide.”