The Textile Building, on Fifth Avenue between 30th & 31st Streets, was built in 1920. Five and half million people lived in New York City at the time. On January 17 of that year the 18th Amendment of the US Constitution went into effect stating “the manufacture, sale, or transportation of intoxicating liquors within, the importation thereof into, or the exportation thereof from the United States and all territory subject to the jurisdiction thereof for beverage purposes is hereby prohibited.”

So our country has lost its mind before. Keep calm and carry on.

Not to get judgmental, but either me or the Textile Building must be taking advantage of the 21st Amendment, stating “The eighteenth article of amendment to the Constitution of the United States is hereby repealed,” because something is a little off-kilter with this drawing. 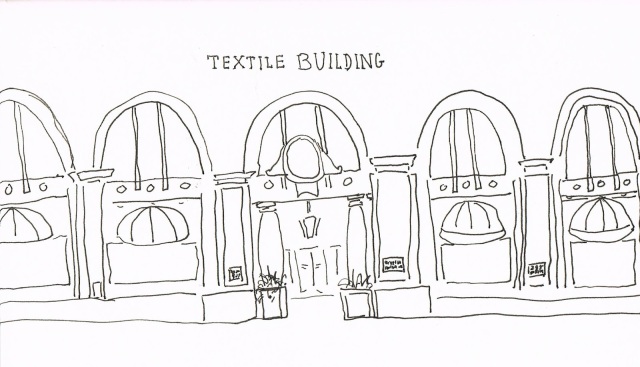