The first time Jim tried to kill himself was in the summer of 2008. He swallowed an entire container of Tylenol and washed it down with a bottle of gin. When he woke up he wished more passionately than ever that he was dead. He stumbled to the bathroom and asked the moron in the mirror, “When will you stop being such a wimpy fucking asshole?”

Tylenol and gin was a joke. Not a funny one, either. He was still relatively young at 36 and it was going to take something a little stronger than the shit manufactured by Johnson & Johnson and the good people at Beefeater. It would take many days of similar stupidity to weaken his organs enough for that one day to come along and be the one too many. Who has the patience to wait for such things?

The second time Jim tried to kill himself it was with the deadliest piece of machinery he owned. He was driving up the Thruway, north of Rockland, past the rock that used to have a Grateful Dead skull painted on it, out where the population starts to thin and it’s less likely that an off-road accident will cause harm to innocent bystanders, when he closed his eyes at 80 mph and gave the steering wheel a sharp turn. 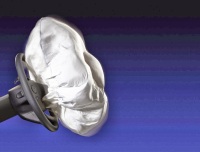 Fuck you, Ralph Nader. Fuck you, seat belts. Fuck you, airbag. Fuck you, jaws of life. Fuck you, cardiopulmonary resuscitation. Fuck you too, Hippocrates.

The third time Jim tried to kill himself, he wasn’t taking any chances. He remembered the sunny day he’d joined a co-worker named Dave for lunch on the roof of their office building and how easy it had been to take the back stairs all the way up.  A jump from 17 stories could only have one effect on the human body: immediate cessation of life. Complete organ failure. Organs Jim didn’t even know he had would play swan songs.With a steely resolve that he found surprisingly impressive Jim waited for the opportune moment and snuck into the stairwell. He was almost knocked off his game when he ran into Dave coming toward him down the stairs. They almost passed without a second thought until Jim noticed the stray shoelace.

Eternity was already making its savory essence known to the taste buds at the back of Jim’s throat when the solemn prayers of his dead father and sister were interrupted by a violent image of Dave tripping down the stairs. If that dude went down he was going down hard. Dave was fat. Old and fat. That’s not a good combination under normal circumstances and the untied lace was one hazard too many. Jim stopped just long enough to say, “Hey, your shoe’s untied.”
Dave put his fat hand on Jim’s shoulder. “I’m sorry,” he said with a heavy breath. “What did you say?”

“Your shoe,” Jim said and pointed at it.
Dave looked down at his feet and smiled. “Well, bless your heart for telling me,” he said. He never took his hand from Jim’s shoulder and never stopped looking into his friend’s eyes. It was like he could see everything there. Like he could see what Jim was on his way to do. “You can’t get out that way,” he said and pointed to the roof. “It’s locked.”
Jim s
aid, “Oh.”