In 1762, when a map of our collection of colonies looked like this:

the first St. Patrick’s Day Parade was marched in New York City. From then until now, through wars and blizzards, the parade was never canceled. Until this year.

I have lived in this city since 1984 and I’ve only missed the parade three times. Once, because I had just started a new job and couldn’t take the day off. Once, because of that blizzard. And once because I was in jail. This year’s is kind of like that one. Worse, because at least that year everyone else got to enjoy the fun. Now, nobody does. They say it has only been postponed, not cancelled, but I don’t want to go to a St. Patty’s Day Parade in July. Ask me again in July and I might not feel the same. July is so far away.

258 years is a long chain of time to break and it takes something stronger than a bunch of snakes to break it. It is going to take more than strength – it is going to take things like unity and selflessness – to drive this away from our land. 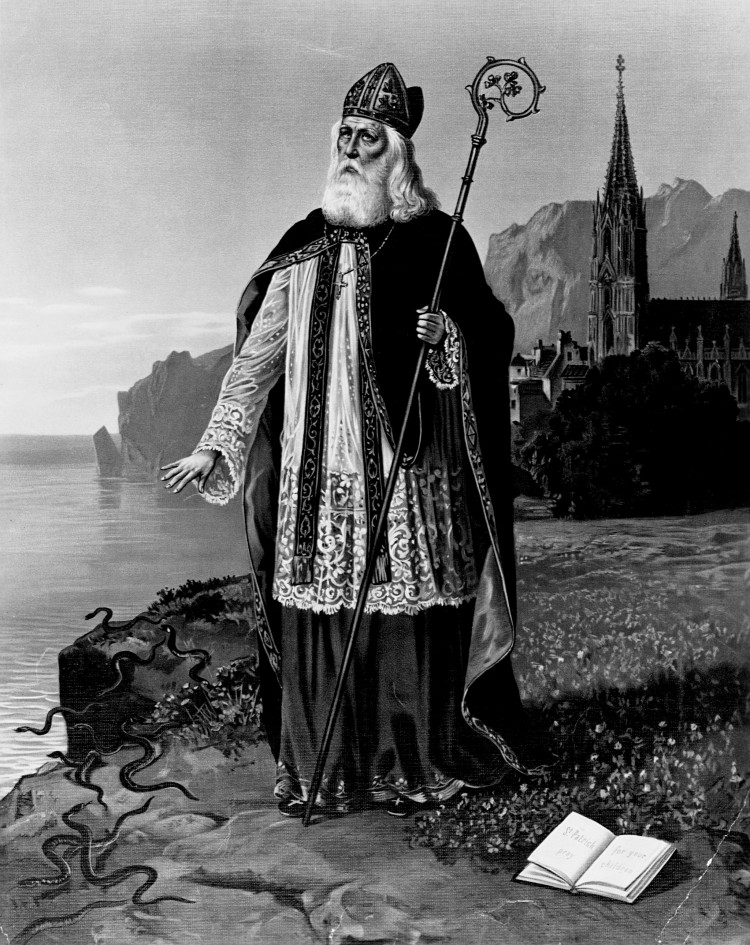 My brother is no fool: he picked up 4 cases of Guinness to get him through The Great Sequester. I thought it was funny until I got the picture of him in a couple of weeks answering his door in a Hazmat suit to sell me a couple for whatever Guinness will fetch on the black market by then.

Since there will be no parading on Fifth Avenue today and the bars are all closed, we’ll have to listen to the trad music in our sequestered pods. Here’s an Irish reel I recorded a few years ago. Happy St. Patrick’s Day?