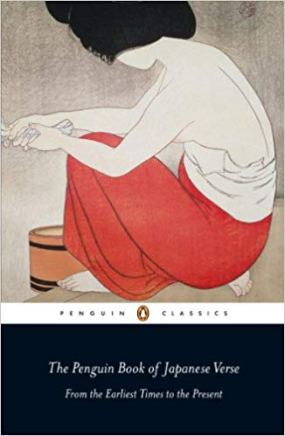 Something special happened to painting in Italy in the 15th Century and to music in America and England in the middle of the last century. Something also must have happened to poetry in Japan around the turn of the 20th Century because I have been intermittently reading the Penguin Book of Japanese Verse with subtle pleasure until I came across something new in that era.

The first 171 pages of the book were different from what I found on the 172nd. The earlier poems were beautiful, mainly nature poems and love poems, but there was a formality to them all that was obliterated by the bedraggled ostrich of Kōtarō Takamura.

What fun to keep an ostrich!
In its thirty-odd square feet of mud at the zoo,
Aren’t its legs too straddling?
Isn’t its neck too long?
In a land where snow falls, wouldn’t its feathers get bedraggled?
Famished, no doubt it would gobble up even hard tack.
But aren’t ostrich’s eyes for ever looking only into the distance?
They blaze as if body and world were non-existent.
Isn’t it waiting desperately for an emerald wind to blow?
Isn’t it infinite dreams that twist back that puny, artless head?
Isn’t it no longer and ostrich –
More a man?

Oh, pack it in! That sort of talk gets you nowhere.