Down In The Salley Gardens 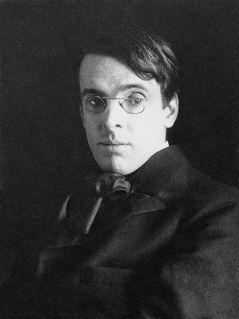 A friend recently turned me on to a poem by William Butler Yeats called Down By The Salley Gardens. It was first published in 1899 in a collection called The Wanderings of Oisin and Other Poems. According to Wikipedia, “Oisin introduces what was to become one of his most important themes: the appeal of the life of contemplation over the appeal of the life of action.”
This poem shows the downside of contemplation and inaction. Yeats said it is “an attempt to reconstruct an old song from three lines imperfectly remembered by an old peasant woman in the village of Ballisodare, Sligo, who often sings them to herself.”
It is fitting that the poem from the song was returned to the world of music from whence it came. In 1909, Herbert Hughes matched the lyrics to the traditional melody “The Maids of Mourne Shore.” Here is a wonderful recording of the tune by Maura O’Connell and Karen Matheson.
Down by the salley gardens my love and I did meet;
She passed the salley gardens with little snow-white feet.
She bid me take love easy, as the leaves grow on the tree;
But I, being young and foolish, with her would not agree.
In a field by the river my love and I did stand,
And on my leaning shoulder she laid her snow-white hand.
She bid me take life easy, as the grass grows on the weirs;
But I was young and foolish, and now am full of tears.