Skip to content
“No price is too high for an object of unquestioned beauty and known authenticity.”
J.P. Morgan

During the last 20 years of his life, John Pierpont Morgan spent almost $1 billion in today’s dollars on art. It was his intention to allow the public to view his collection after his death but felt a parental duty to leave his entire estate to his son. J P Morgan junior knew of his father’s wishes and in 1924 opened his father’s library to the public.

The library is one of the most intoxicating rooms in New York City. The collection housed there is staggering. There are only 50 extant copies of the Gutenberg Bible and The Morgan has three, more than any other institution. There is a rotating display of illuminated manuscripts and documents in the library, from the handwritten scores of Maher and Prokofiev to letters by Dickens and Van Gogh. If you look closely you’ll find a spiral stairway hidden behind one of the bookcases.

In addition to the permanent collection, current exhibits include two on writers: Henry James and American Painting  and This Ever New Self: Thoreau and His Journal(both through September 10).

The Henry James exhibit concentrates on the relationship between the arts of the novelist and painter, including those painters who were friends of James. The famous portrait of James by his friend John Singer Sargent is included along with other Sargent works. You can hardly tell that the painting was attacked with a meat cleaver by suffragette Mary Wood in 1914. Although James wrote sensitive portrayals of female characters, he doesn’t necessarily look like a man who does in this painting.

“What is any political organization worth – when it is in the service of the Devil?”
Henry David Thoreau 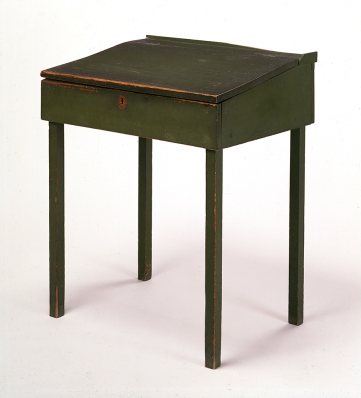 The Thoreau exhibit includes many volumes of his life-long journal, as well as photos and other objects including the desk he used to store his journals until he outgrew it, and the chest he kept them in after that. He didn’t lock the door to his house but the home of his writing was kept under key at all times.

The Morgan Library and Museum is on Madison Avenue between 36th and 37th Streets. It is open every day but Monday.