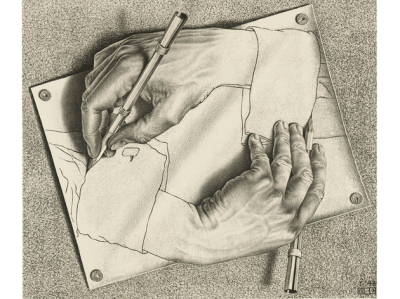 If your name was Maurits Cornelius Escher, you might go by the name M.C. Escher too. Of course, if you were him you would also be one of the most fascinating artists who ever lived. Born on this day in 1898 in the Netherlands, Escher’s mathematical precision and surrealistic visions set him apart from visual artists before and since. 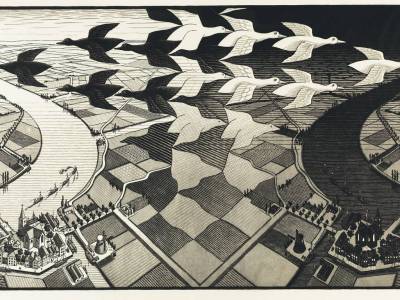 A 1922 trip to Italy and Spain exposed him to Moorish tessellations, interlocking geometrical designs that would have a profound impact on his artistic vision.

His increasing popularity in the 1950s and 60s put incredible demands on his time because he made every copy of his prints by hand.  You may have come across his works in museums, or in your dreams or nightmares.

The Rolling Stones asked him to do an album cover for them but unfortunately for those of us who are friends of both, Escher refused. His final work, a woodcut from 1969, is called Snakes.