Skip to content
A teacher said to his five students: Go out and see which is a good path for a person to attach himself to.
The first said “Ayin Tovah” (a good eye).
The second said “Chaver Tov” (a good friend).
The third said “Shachen Tov” (a good neighbor).
The fourth said “One who foresees the outcome (of his actions).”
The fifth, Rebbi Elazar said “Lev tov” (a good heart).
The teacher said to them, “I prefer the words of Rebbi Elazar, for included in his words are your words.”

I first heard this story from the Torah at the funeral of my friend and neighbor Phyllis Sachs. She was a woman who had all five qualities, but whose good heart outshone her other virtues. Life unfolds at a frightening pace and people who are an important part of it one day can be gone the next but a person with a good heart will stay with us forever if we take inspiration from her and work to make that quality our own. 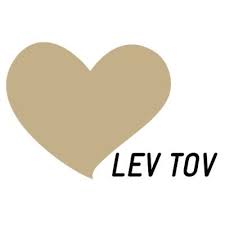 Two years ago, Phyllis’s husband of 50 years died. Their love was a joy to be around. When she read my obituary for Aaron, she asked me to print out a copy that she framed and hung on her wall. I’ve never received a higher compliment. Now, they are together again, even if only in the memories of those of us lucky enough to know them.

At her request, one of Aaron’s students played a poignant version of George and Ira Gershwin’s “I’ve Got A Crush on You” at the service. Rest in peace, good heart.