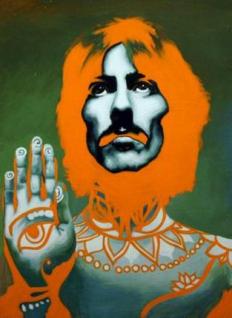 I was noodling around on guitar the other day and stumbled onto this melody. The Irish songs I’ve been working on rely more on notes than chords and this song does the same thing from a land 5,000 miles east of Ireland.

George Harrison’s Within You And Without You kicks of side two of The Beatles’ monumental Sgt. Pepper’s Lonely Hearts Club Band record and is his sole songwriting contribution to that album. It made enough impact that each of The Beatles’ subsequent ones had at least two of George’s songs.

We were talking about the love that’s gone so cold
And the people who gain the world and lose their soul
They don’t know
They can’t see
Are you one of them?