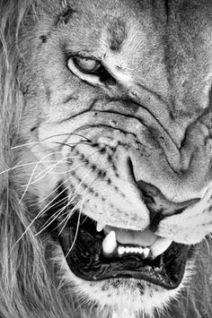 I don’t like this new hunger. Not that the old ones were great, but better the devil you know, you know? I prefer it when my body hungers for those things that are necessary for its survival rather than feeding appetites that are, lets face it, better left unfed. You know what happens to hungers left unfed? They grow. They grow until their dissatisfaction eclipses even the finest of life’s satisfactions.

It’s not a completely new hunger; this isn’t the first time I’ve felt it. But the last time I felt it was a long time ago, back when the future had far fewer limits to it, when thoughts became manifest almost as soon as they were imagined. It was all the way back when such desires were conceivably achievable, when the fear of the unknown was so much greater because there was so much more of it.

Hunger, now as then, feeds on that fear.

Hunger does terrible things to people. It turns us into beasts. We become simple brutes, demanding satisfaction at any cost. Satisfaction that is now out of the question, on grounds both moral and practical. Still, the emptiness screams out to be filled. It cries like a baby with an empty belly and an empty heart, each hunger warring for supremacy in the hierarchy of need.

As in all wars, there are no winners, just scarred survivors.