The first place I ever lived in Manhattan was 4 St. Mark’s Place, above Trash & Vaudeville. One day we came home and the locks had been changed. Maybe we should have paid the rent. It was a good place to get a foothold. The second place I lived on the island was 203 Bleecker Street.

In the second half of the 1980s, Bleecker Street was the epicenter of my world, and there was nowhere else I wanted to live. There was a Banana Republic on the northeast corner of Bleecker & Sixth – the first one I’d ever seen, with pith helmets and mosquito netting, that was their branding then – and our apartment was next door. It was a dark, tiny, first floor apartment with a terrible floor plan. It was heaven.

We lived there for three years and I don’t think a dinner was ever cooked in that kitchen. The refrigerator mainly held pizza and beer.

The toilet had its own tiny closet of a room. The sink and shower were on a raised, tiled platform. There was another bathroom with a shower in the hall. If we were getting ready to go to the Ritz or the Cat Club we had to take advantage of all available bathrooms. 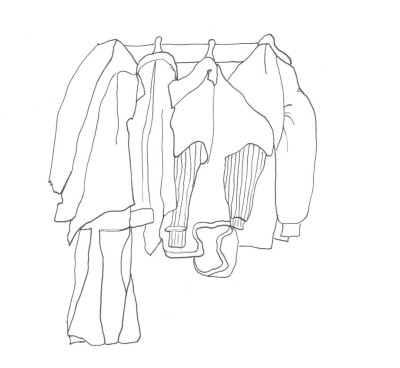 It was the place we hung our coats. In other words, it was home. There’s no place I’ve ever lived that felt more like home to me than Greenwich Village, especially Bleecker Street.

In the words of Edward Sharpe and the Magnetic Zeros:

Home. Let me come home.
Home is wherever you’re with me.