Jeff, Alice’s asshole of an ex, was thrilled to hear Joey had signed up, and if he had any misgivings about their son sticking his head into the mouth of a lion he never let on. The prick was so obsessed with himself that he probably thought it reflected well on him to have a son with such courage. The sick thing to Alice was that he was right; it did reflect well on him. 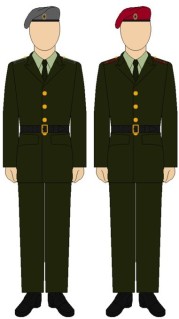 September 5, 2013 – a date which will live in infamy. That was the day that the two young men in their dress greens performed ‘the notification.’ It was all by-the-book. They even said, “we regret to inform you that your son was killed in action.” Just like in the movies. They said other things too but she couldn’t hear them over the ringing in her ears. They told her later that one of them had caught her just before her head hit the floor.