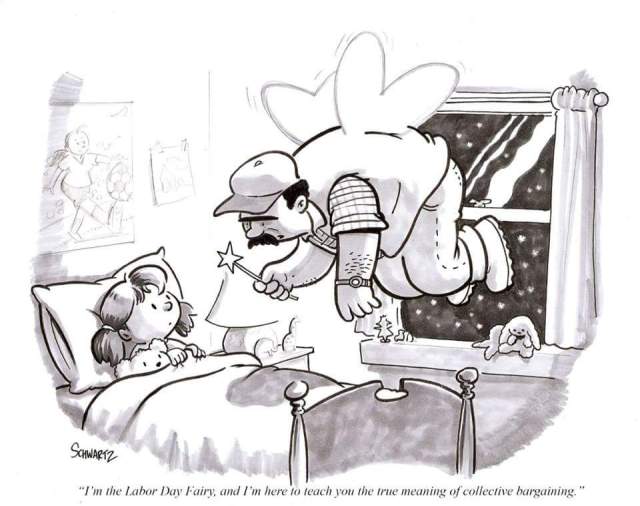 If you can read this, on a paid day off from work, thank a union, and all the men and women who fought and fight for unions and the rights of working people in this country.