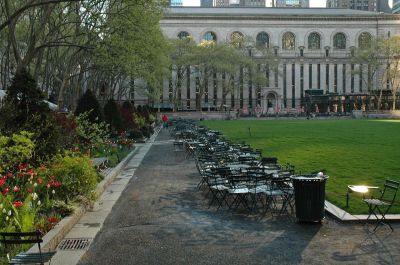 Bryant Park is kind of a magical place. In the heart of the “city that never sleeps” it’s a place where the city can at least slow down a little to catch it’s breath. That’s how I started my Wednesday this week with a walking meditation guided by Qalvy Grainzvolt from the Shinnyo Center for Meditation and Well-Being.

At lunch I was treated to an event called Novel Novelists, part of the park’s Word for Word series. It was hosted by Julia Fierro, founder and director of The Sackett Street Writer’s Workshop and featured a panel of four novelists:

An outdoor venue on a rainy day in mid-town Manhattan may not seem the ideal place for a discussion of fiction (as our host Julia commented, “These sirens are so not cooperating with our literary-ness.”) but for me it seemed the perfect time and place.

A discussion that ranged from Roskolnikov to Star Wars began with Julia asking the panel what they’d like their audience to feel when reading their books. Dennis wanted his readers to have fun. As the father of an 11 year old boy he’s come to appreciate the value of fun in storytelling. In response to another question he talked about how the recent explosion of young adult fiction, starting with the Harry Potter books, had forced “literary types” to re-assess the value of capturing the audience’s attention the way writers like Dickens had in his day.

Sophie also wanted fun for her readers but with her story it was more of a “dreadful fun” as her characters were the type of people you wouldn’t want to sit next to on a bus.

Erika wanted her audience to feel like they were having a story read to them. She felt there was not enough fantasy and wonder in books that get bogged down in back-story. Fairy tells, she recalled, don’t need back-story. Nobody wants to know the story behind the witch who turns the prince into a frog.

Patty, the most lively and active speaker of the group, likened her writing to chocolate-covered broccoli and hoped her readers find fun on the surface but with some nutritional value inside.

Julia asked the authors for any surprising influences on their writing. She and Dennis both cited TV as one of theirs with Dennis noting that the 10-13 episode length of TV shows roughly matched the pacing of a novel. Patty spoke of copying out whole books explaining how re-writing every line of a beloved book helps a writer feel the pacing. I’ve done this myself with certain passages and find it imbeds the ideas behind the words more deeply in the consciousness, like singing a song or reciting a prayer. 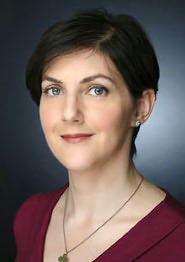 Sophie spoke of the surprising influence of celebrity tabloids on her novel, with stories of stars running out of money and getting into trouble in the public eye. She noted that the rapper DMX is somewhere inside her book. Erika spoke of the influence of music on her writing. Like many writers, some of her panel-mates and myself included, she dabbles in other creative outlets beyond the novel. She thought The Book of Speculation was going to be a play until “it grew too large for the stage.” Her father played banjo and she grew up listening to the folk music of groups like The Carter Family. Now she sometimes listens to Phillip Glass when she writes. I’ve done that myself – his hypnotic melodies and rhythms facilitate a conducive state of mind for writing.

I’m a little ashamed to admit that I haven’t read any of these novels but I hope to explore them all at some point. You can follow the links above to find out more about these writers and their works.