Danny sometimes thought he’d be better off if he’d never met Amy. The sentiment never lasted long. His life would be simpler if it hadn’t intersected hers. He would know a contentment that was impossible now. But he never would have looked into her eyes or seen her smile and that thought was too horrific to contemplate.

They’d met three years ago. Through no fault of Amy’s, they were three of the shittiest years of his life. For a while she made them bearable She was a bright light in dark days. So much can happen in three years. 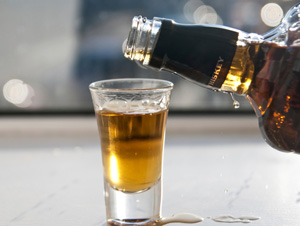 They broke up one night when he got so drunk that she realized staying with him would cause permanent damage her self-respect. He would cost her more than she was willing to pay.

After they split Danny decided to reboot his life. He wanted to empty out his brain, to wipe it clean and rid it of everything that had found safe haven in his memory during those lousy years. Everything except Amy. Some memories are not so easily wiped, no matter how much you drink.

He hadn’t seen her in a while so he wasn’t sure what to expect when he ran into her on the street. He had vague memories of being a bit of a dick to her.

She could have given him a dirty look or pretended she didn’t see him. Instead she did two of the sweetest things one person can do for another: she smiled at him and opened her arms, inviting his embrace. That’s how he came to hold her in his arms one last time. 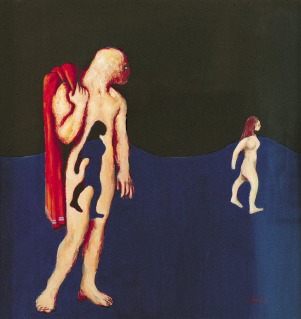 She acted sweetly embarrassed to see him. Not for herself but for him and the fool he’d been to let her go. The guy she was with now was a better man: stronger, more developed as a human being, and smart enough to recognize what a treasure she is. At least that’s what he sounded like to Danny by the way she called him ‘nice.’
Danny said, “OK, well, take care of yourself,” or something equally innocuous, something to give him cover while he unblocked her path.

As she walked away he thought to himself, What can I say about someone like that? It’s a treat to share the planet with her.