Three plastic bags. It’s all he’s got; it’s all he needs. He has a system to avoid the worst of the winter on his skin. He’s got a sweater in one of the bags.

The little guy, in severe need of a shave, glides across the floor in his green uniform, determined to be the center of attention. A red-faced lady, not used to being drunk, crosses paths with a tangly-grey-haired woman who is as starved for affection as a person can possibly be. The man at the bottom of the stairs watches them both without sacrificing his consciousness of the three plastic bags for a fraction of a section.
The contents of the bags know no discrimination. They are not segregated by weight or size, by function or fancy. There is no discernible reason why the contents of any of the bags have joined forces. They are, to all outward appearances, three completely random collections of junk. But to their owner they are a menagerie whose position in the universe cannot be compromised without disturbing the cosmic equilibrium in ways he’s afraid to contemplate.

The first bag – the left bag – is starting to rip at the handle. It’s really not so much a handle as a pre-cut hole in the plastic through which his fingers slide. It will break, soon, and he’ll have to find a new bag. He’s already on the lookout, with James Brown uppermost in his mind. Poppa’s got a brand new bag.
The second bag – the middle bag – is cool. Always cool. No hassling there. It’s soft. The only hard shit in there is soft to him. Childhood soft. The one remaining piece of his boyhood – the bottlecap his Dad tossed to him that day on the beach – that’s in the middle bag. If he ever has to run and take just one bag with him, that’s the one.
The third bag will give him cover if he has some time before he has to run. It’s an incredibly diverse collection of items capable of distracting the most discriminating eye with such subtlety that it doesn’t even know it’s being manipulated. He thinks of it as his female bag. Dishonest yet believable. Flowery, perfumy, inescapable and irresistible, completely compelling and aloof as a cat. Disturbing, destructive, debilitating and divine. When he’s fortunate enough to stumble upon something intoxicating it will make its way into the third bag. Sometimes he wishes he’d look down at his bags and find that there’s only two. 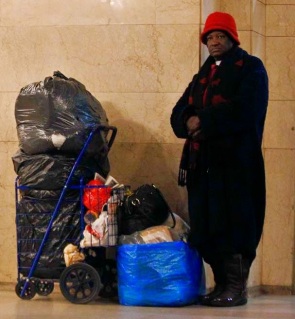 The boys (what else could you call them?) took the floor and promptly made the space their own. They were in college and felt they’d earned the right to speak loudly in public without humility. There existed no doubt in their minds as to the validity of their opinions. No passers-by could avoid being enlightened by their views, whether they related to the current conditions of the US economy or some bitch with a green shirt – Latin bitch – that they’d hit on earlier in the evening. One of them had her picture on his phone but neither could find her number.

There had been numbers; not a lot, but there had been numbers in one of the bags before he’d sunk, back when the contents of the bags were in drawers. The drawers slid comfortably in the gliders of a dresser. There had once been two dressers: his and hers. Hers were emptied first. Hers didn’t fit in a bag. Hers went into a black polyester suitcase that she purchased at Walgreen’s for nineteen dollars and ninety-nine cents. At the time he thought it was a bargain but now, from his unique perspective at the bottom of the barrel, it seemed exorbitant.
There was chatter. That’s what they called it now: Chatter. It was rumored that some sick fuck wanted to blow up some random people and the man with three bags knew that he was as random as people got, and therefore as suspicious. The things an imagination can conjure up to stuff into a bag are sick and shameful. A man with three bags is just asking for trouble these days. 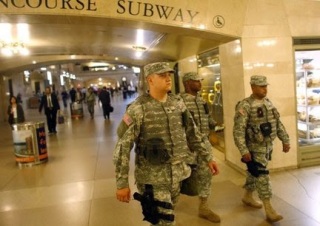 The guys coming down the escalator weren’t out for blood. They wouldn’t know what to do with his blood if they had it. But they were coming straight for his bags and he knew there were only three things he could do. He could stuff his bags under a bench and curl up on top of it the way they used to back in the sevent
ies. He was just sober enough to remember that such things didn’t work anymore. They’d take his bags, even though there was nothing illegal about them, and dump them in the garbage. One less piece of shit for them to worry about. He could open his bags. Invite their inspection. Abrogate his rights as a U.S. citizen. But they’d wind up in the garbage just the same. One less pile of shit to worry about. Or he could do what he usually did: distract their attention by staring curiously at the guy staggering toward the bathroom, as if he were the problem, and slip away when the moment presented itself.
A common mistake in life is the belief that you’ve reached the bottom rung. In fact, you have not. The man with three bags descended one rung further than he believed existed. Only the middle bag went with him.