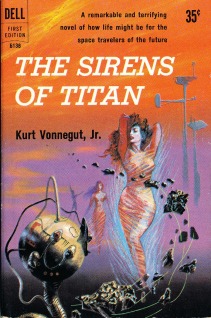 I recently re-read Kurt Vonnegut’s second novel, The Sirens of Titan, from 1959. A reviewer of the book in Esquire wrote about the author: “He dares not only to ask the ultimate question about the meaning of life, but to answer it.”

The book is dedicated:

Kurt had this to say about his Uncle Alex:

“He said that when things were really going well we should be sure to NOTICE it. He was talking about simple occasions, not great victories: maybe drinking lemonade on a hot afternoon in the shade, or smelling the aroma of a nearby bakery; or fishing, and not caring if we catch anything or not, or hearing somebody all alone playing a piano really well in the house next door.

Uncle Alex urged me to say this out loud during such epiphanies: “If this isn’t nice, what is?” 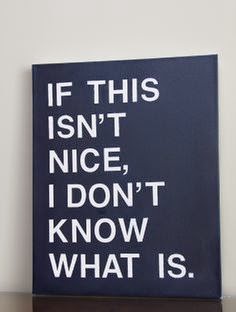 In The Sirens of Titan a man and woman are stranded together on one of Saturn’s moons for 20 years. At the age of 73, they fall in love. The man is the one who explains the meaning of life, to some sort of extraterrestrial robot, when he says, “It took us that long to realize a purpose of human life, no matter who is controlling it, is to love whoever is around to be loved.”

Yoko Ono expressed a similar sentiment in her song Don’t Be Scared: 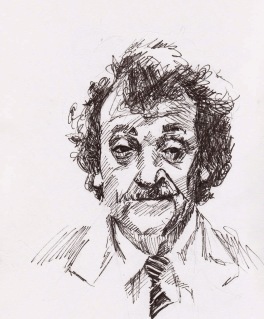