When I was 19 I moved to Oneonta in upstate New York. In the Mohawk language, Oneonta is believed to mean “place of open rocks” but the people who live there now call it “the city of the hills.” Either way, it’s a beautiful place to spend a few years. The winters are long and dark in the shadow of those hills but like everywhere else, especially at Christmas, people find a way to bring light to the darkness.

I took a painting class while I was in Oneonta and painted this scene of holiday carolers, including some of my fellow students and friends in the choir, singing on Main Street. 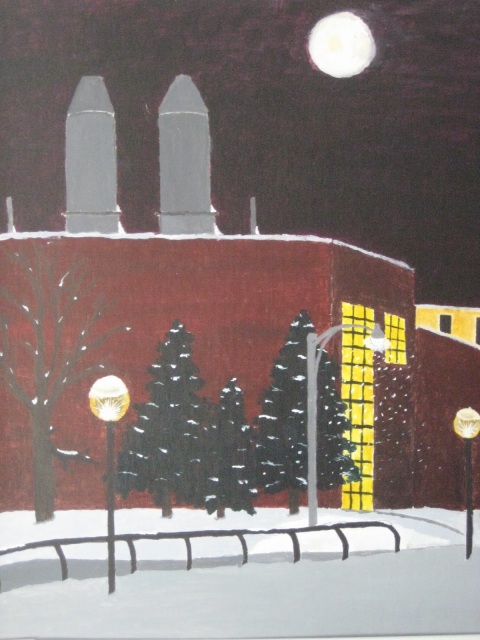 I also painted the view from my dorm, Golding Hall, up the hill into the light snowfall illuminated by the streetlight. I originally had Santa’s sleigh crossing the moon in this painting but my teacher advised me to paint him out. That was probably good advice.