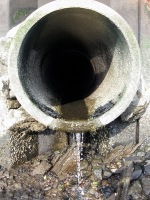 Raymond was born at the bottom of the heap and that’s where he was determined to stay. It isn’t easy to push or claw your way up through the fetid flesh that festers among the inhabitants of the bottom rung but for most bottom feeders it’s worth the struggle. Not for Raymond. He preferred the warm comfort and familiarity of that part of humanity that stays close to the street and the sewer. Down there, among the artifacts of poverty and disease, swimming in saliva and urine, was Raymond’s natural habitat.
One day, a large, sturdy hand reached down into the muck and grabbed Raymond by the scruff of his neck. Scum dripped from his skinny body as it was dragged into the antiseptic sunlight. Soap and shampoo and, later, deodorant and razors and hip clothing scrubbed and scraped and bathed and perfumed and clad his creamy body. 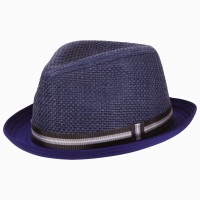 Raymond got itchy and rashy. His muscles stretched and groaned. He bought a small blue hat that barely covered his head and some matching blue pills. He moved from one part of Brooklyn to another. He learned how to play the mandolin. He drank craft beer. Eventually, he was fortunate enough to find a sufficient amount of sleaze and scum to make him comfortable. But it wasn’t easy.

Which begs the obvious question: Why let erectile dysfunction get in the way? Sudden loss of vision in one or both eyes can be a sign of a serious eye problem called non-arteritic anterior ischemic optic neuropathy (NAION). The most common side effects include:headache; flushing; upset stomach; abnormal vision, such as changes in color vision (such as having a blue color tinge) and blurred vision; stuffy or runny nose; back pain; muscle pain; nausea; dizziness; rash. Nobody said it was going to be easy.