There were three of them and they were all good kids. Funny how time changes things. Only one of them would make it all the way to adulthood without losing his goodness. His name was Wes but everyone called him Blue because of the way he held his breath when he didn’t get his way. 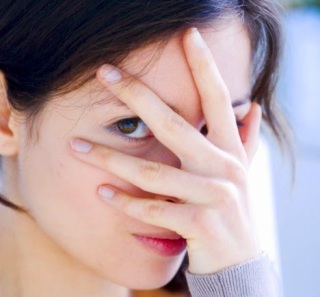 The day this happened was one of those sticky July days in Manhattan where the only way to avoid the stench rising from the streets is to go indoors. So the three of them – Blue and Brandon and Cheeks – went into the Duane Reade on the corner of 48th and 6th to breathe the clean, manufactured air and to cool down. Brandon and Cheeks were kind of boyfriend and girlfriend even if they were both too embarrassed to say such a thing out loud and too young to do anything about it except share an awkward glance or smile. They each thought they liked the other more than vice versa.

Maybe Brandon was trying to impress Cheeks, or Blue, or even himself but there was no excuse for his overreaction when the old man bumped into him. It all happened so fast. Brandon shoved the old guy into the shelves of medicine and they all watched helplessly as his body twisted and fell, spraying pills everywhere. His head made a loud crack when it hit the floor and Cheeks let loose with one of her patented horror-movie screams. Brandon threw his hand over her mouth, it was the first time he touched her, then grabbed her by the wrist and took off toward the exit.

Blue got down on his knees and brushed the old man’s hair off his unconscious face. He put his ear to the man’s bony chest and verified that the heart and lungs were doing their jobs. He stayed there while the store manager, then the EMT, then the cops came. Blue spent a few hours at the police station, until his mom took him home, but he never said a word to anybody about Brandon or Cheeks.