Last night I went to an event at The Center for Fiction for the release of a new biography of Stefan Zweig by George Prochnik. While it was a fascinating discussion in a lot of ways the thing that stuck in my mind was the moral dilemma posed by Zweig’s confrontation with the Nazis. 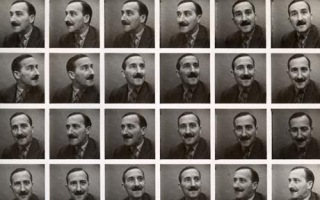 In 1933, Richard Strauss was chosen by Joseph Goebbels and Adolph Hitler to be the president of the Reichsmusikkammer. In 1935 he collaborated with Stefan Zweig on the opera “The Silent Woman”. The performance of a piece by any Jewish artist was strictly forbidden as it would make it impossible to support the lie of Jewish inferiority. Both Goebbels and Hitler had to sign off on the opera, even so it was controversial and was cancelled after only three performances. Strauss was forced to resign his post as president of the Reichsmusikkammer two weeks later.

Zweig may have seen art as his most powerful weapon against anti-semitism.