I have thought for a long time that what we think of as American culture is in a lot of ways the heritage of the indigenous people of this continent. It’s not just that we use their names to call our rivers, our mountains, and our towns. Their spirituality has permeated all religions and philosophies that have taken root in this fertile land. Whether we came from Europe, or Africa, or Asia, the people whose home this was first are part of our history and destiny.

Another indelible part of our history and our destiny comes from Paris. Voltaire and Rousseau, L’Enfant and Lafayette, are also founding fathers of Les États Unis. 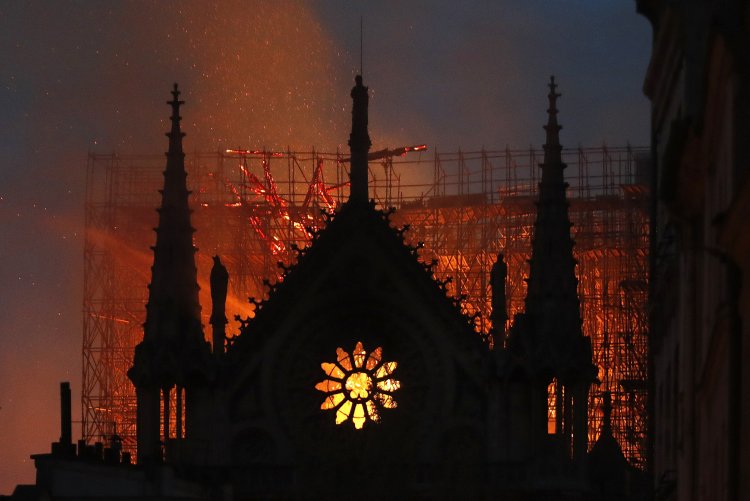 I first saw the spire of Notre Dame cathedral on my honeymoon, 29 years ago this June. Today I saw it go down in flames and while I know there were no lives lost, and any life means more than an inanimate object, no matter how iconic, it feels like what we lost today is not inanimate. What we lost today was a piece of something we can’t afford to lose.

One thought on “Notre Dame”