The skin along her arms and shoulders are different shades of tan like water stains in a bathtub. Her face and vagina are competing for my attention, so I glance down at the billiard rack of my penis and testicles.

James Baldwin would never be in the running for the Bad Sex in Fiction Award. His sex scenes are as clear-eyed as the rest of his writing. Giovanni’s Room is the rare book that includes both gay and straight sex scenes. Not only that, but they’re told from the perspective of the same character, the narrator.
Giovanni’s Room is not a book about sex or sexuality but like his contemporaries Henry Miller and Norman Mailer, Baldwin’s protagonist is up to his eyeballs in it. Here are some excerpts of David with Giovanni:

He locked the door behind us, and then for a moment, in the gloom, we simply stared at each other – with dismay, with relief, and breathing hard. I was trembling. I thought, if I do not open the door at once and get out of here, I am lost. But I knew I could not open the door, I knew it was too late; soon it was too late to do anything but moan. He pulled me against him, putting himself into my arms as though he were giving me himself to carry, and slowly pulled me down with him to that bed. With everything in me screaming No! yet the sum of me sighed Yes.
I was in a terrible confusion. Sometimes I thought, but this is your life. Stop fighting it. Stop fighting. Or I thought, but I am happy. And he loves me. I am safe. Sometimes, when he was not near me, I thought, I will never let him touch me again. Then, when he touched me, I thought, it doesn’t matter, it is only the body, it will soon be over. When it was over, I lay in the dark and listened to his breathing and dreamed of the touch hands, of Giovanni’s hands, or anybody’s hands, hands which would have the power to crush me and make me whole again.
What kind of life can we have in this room? – this filthy little room. What kind of life can two men have together anyway? All this love you talk about – isn’t it just that you want to be made to feel strong? You want to go out and be the big laborer and bring home the money and you want me to stay here and wash the dishes and cook the food and clean this miserable closet of a room and kiss you when you come in through that door and lie with you at night and be your little girl. That’s what you want. That’s what you mean and that’s all you mean when you say you love me. 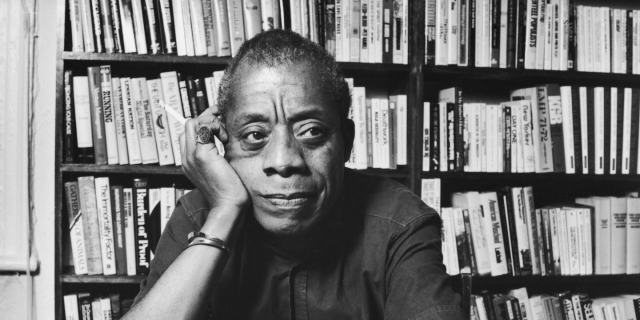 There is an inherent conflict in writing about sex. Sex is the most private of acts, and writing is the art of keeping nothing private. In writing about sex with men, Baldwin deals with an obvious social taboo. In his scenes with women David uncovers a different set of controversial consequences, in scenes with a one-night stand named Sue:

She came back with two great brandy snifters. She came close to me on the sofa and we touched glasses. We drank a little, she watching me all the while, and then I touched her breasts. Her lips parted and she put her glass down with extraordinary clumsiness and lay against me. It was a gesture of great despair and I knew that she was giving herself, not to me, but to that lover who would never come.
There were a great many things she wanted to say, but she forced herself to say nothing. I could scarcely bear to watch the struggle occurring in her face, it made me so ashamed. “Maybe you’ll be lonely again,” she said, finally. “I guess I won’t mind if you come looking for me.” She wore the strangest smile I had ever seen. It was pained and vindictive and humiliated, but she inexpertly smeared across this grimace a bright, girlish gaiety – as rigid as the skeleton beneath her flabby body. If fate ever allowed Sue to reach me, she would kill me with just that smile.

And in scenes with his girlfriend Hella that get into the thicket where sex intertwines with love and family:

I kept kissing her and holding her, trying to find my way in her again, as though she were a familiar, darkened room in which I fumbled to find the light. And, with my kisses, I was trying also to delay the moment which would commit me to her, or fail to commit me to her.
“For a woman,” she said, “I think a man is always a stranger. And there’s something awful about being at the mercy of a stranger.”
“But men are at the mercy of women, too. Have you never thought of that?”
“Ah!” she said, “men may be at the mercy of women – I think men like that idea, it strokes the misogynist in them.
“You know, I’m not really the emancipated girl I try to be at all. I guess I just want a man to come home to me every night. I want to be able to sleep with a man without being afraid he’s going to knock me up. Hell, I want to be knocked up. I want to start having babies. In a way, it’s really all I’m good for.” There was silence again. “Is that what you want?”
“Yes,” I said, “I’ve always wanted that.”
I turned to face her, very quickly, or as though strong hands on my shoulders had turned me ar
ound. The room was darkening. She lay on the bed watching me, her mouth slightly open and her eyes like lights. I was terribly aware of her body, and of mine. I walked over to her and put my head on her breast. I wanted to lie there, hidden and still. But then, deep within, I felt her moving, rushing to open the gates of her strong, walled city and let the king of glory come in.

The relationship between sex and love can be a complex one, or it can be as simple as it is natural. Love can be eternal, it can evaporate in the fire of lust, or it can slowly and irrevocably wither.  It’s probably best not to dwell too much on the last option, but Baldwin does: