It is almost impossible to believe this in the age of Trump but human society, in spite of glaring setbacks, is getting better. There is a way forward that seems the logical culmination of centuries of progress toward freedom, equality, and enlightenment. Rutger Bregman’s engaging book Utopia For Realists is as a good roadmap as I’ve seen for that path.
Bregman supplements his lively prose with charts and statistics demonstrating how far we have already travelled down the road to a better world: “Where 84% of the world’s population lived in extreme poverty in 1820, by 1981 that percentage had dropped to 44%, and now, just a few decades later, it is under 10%. The share of the world population that survives on fewer than 2,000 calories a day has dropped from 51% in 1965 to 3% in 2005.”

This video by Swedish academic Hans Rosling is a great visual representation of the past two centuries’ progress:

While the progress we’ve made over the last couple of centuries is impressive, it is just the foundation for a Utopia that is coming within our grasp. There are three basic concepts behind Bregman’s vision:
1. Universal Basic Income
There are any number of pernicious ideas that serve as roadblocks on the path to a better world but one of the most damaging is the one that proudly hung over the entrance to Auschwitz:
Arbeit Macht Frei
Work sets you free
As Bregman writes, “If we want this century to be one in which all of us get richer, then we’ll need to free ourselves of the dogma that all work is meaningful. And, while we’re at it, let’s also get rid of the fallacy that a higher salary is automatically a reflection of societal value. The scenario of radical inequality that is taking shape in the U.S. is not our only option. The alternative is that at some point during this century, we reject the dogma that you have to work for a living. The richer we as a society become, the less effectively the labor market will be at distributing prosperity. If we want to hold onto the blessings of technology, ultimately there’s only one choice left, and that’s redistribution. Massive redistribution.  Redistribution of money (basic income), of time (a shorter work week), of taxation (on capital instead of labor), and, of course, of robots.”

In numerous studies conducted in the past, and ones currently undertaken by Canada and the Netherlands among other nations, it is obvious that it is cheaper and more successful to give every citizen an guaranteed basic income without work requirements than to continue with our failed experiments with welfare and mass incarceration. One of the book’s most interesting stories involved Richard Nixon’s attempt to establish a universal basic income in the US. 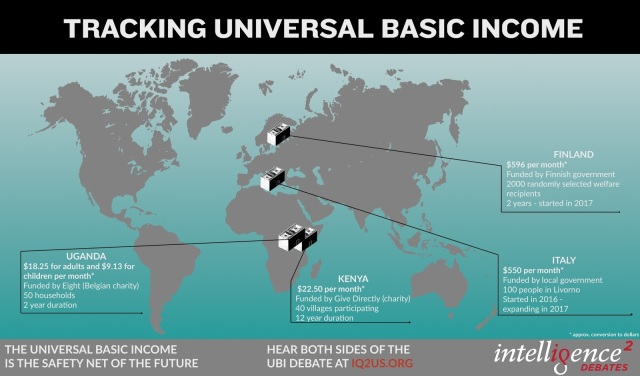 “A small group of artists and writers (‘all those whom society despises while they are alive and honors when they are dead’ – Bertrand Russell) may actually stop doing paid work. Nevertheless, there is plenty of evidence that the great majority of people, regardless of what grants they would receive, want to work. Unemployment makes us very unhappy.”

“We don’t have to wait until gambling with other people’s money is no longer profitable; until sanitation workers, police agents, and nurses earn a decent wage; and until math whizzes once again start dreaming of building colonies on Mars instead of starting their own hedge fund.”
2. Fifteen-Hour Workweek
Every job I have ever held has been a bullshit job. The job I had that was most beneficial to society was my first: paperboy. In the days before the internet, I was able to disseminate detailed analyses of the day’s events to create a better-informed populace. After that I spent years working in factories and warehou
ses, on assembly lines and loading trucks, which felt somewhat useful but did not pay well. Since then I’ve mostly been counting beans.

“Clearly, our modern Land of Plenty still features plenty of badly paid, crummy jobs. And the jobs that do pay well are often viewed as not being particularly useful. Yet the object here is not to plead for the end to the workweek. Quite the reverse. It’s time that women, the poor, and seniors got the chance to do more, not less, good work. Stable and meaningful work plays a crucial part in every life well lived. By the same token, forced leisure – getting fired – is a catastrophe. Psychologists have demonstrated that protracted unemployment has a greater impact on well-being than divorce or the loss of a love one. The harsh truth is that an increasing number of people do jobs that we can do just fine without. Were they to suddenly stop working the world wouldn’t get any poorer, uglier, or in any way worse. Take the slick Wall Street traders who line their pockets at the expense of another retirement fund. If Ivy League grads once went on to jobs in science, public service, and education, these days they’re far more likely to opt for banking, law, or ad proliferators like Google and Facebook. Stop for a moment to ponder the billions of tax dollars being pumped into training society’s best brains, all so they can learn how to exploit other people as efficiently as possible, and it makes your head spin. Imagine how different things might be if our generation’s best and brightest were to double down on the greatest challenges of our times. Climate change, for example, and the aging population, and inequality.
In [anthropologist David] Graeber’s analysis, innumerable people spend their entire working lives doing jobs they consider to be pointless, jobs like telemarketer, HR manager, social media strategist, PR advisor, and a whole host of administrative positions at hospitals, universities, and government offices. “Bullshit jobs,” Graeber calls them. They’re the jobs that even the people doing them admit are, in essence, superfluous. In a survey of 12,000 professionals by the Harvard Business Review, half said they felt their job had no “meaning and significance,” and an equal number were unable to relate to their company’s mission. Another recent poll revealed that as many as 37% of British workers think they have a bullshit job. By no means are all these new service sector jobs pointless – far from it. Look at healthcare, education, fire services, and the police and you’ll find lots of people who go home every day knowing, despite their modest paychecks, they’ve made the world a better place. “It’s as if they’re being told,” Graeber writes, “You get to have real jobs! And on top of that you have the nerve to also expect middle-class pensions and health care?”
3. Open Borders 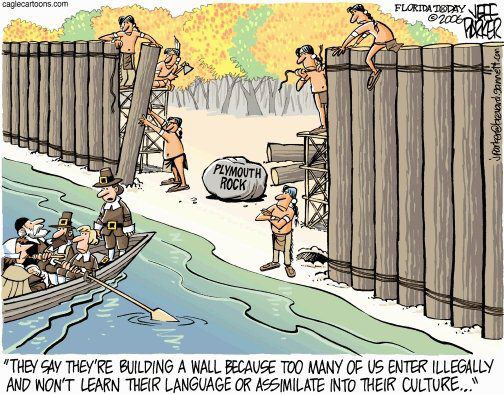 One of Donald Trump’s biggest issues on the campaign trail, and one of the hallmarks of his administration has been demonization of immigrants. His solution – border walls and deportations – is as counterproductive to society as it is immoral. Most of the American Southwest was settled by hunter-gatherers 11,000 years ago and was home to the Pueblo, Hohokam, and Mogollon people for thousands of years as they developed into “Indian” tribes – Apache, Navajo, Ute, and Hopi, among others. The first Europeans came from Spain and claimed the area for the Spanish Empire before it became part of Mexico. Texas became part of the United States in 1846 beginning the conquest of that land that would end with the statehood of New Mexico and Arizona in 1912. Barely a century later, Mexicans and others who come from south of the border are less entitled to live and work on that land than transplants from New Jersey or Iowa.
In Bregman’s review of border history, “On the eve of World War I, borders existed mostly as lines on paper. Passports were rare and the countries that did issue them (like Russia and the Ottoman Empire) were seen as uncivilized. Besides, that wonder of nineteenth-century technology, the train, was poised to erase borders for good. Borders are the single biggest cause of discrimination in all of world history. Inequality gaps between people living in the same country are nothing in comparison to those between separated global citizenries.”
One of the issues Bregman touches on is the unequal distribution of power in relation to all three of his overriding issues – open borders, guaranteed income, and bullshit jobs. The roots of so many problems we face: sexual abuse, racism, stagnant wages, immigration – economic and physical brutalities – grow in soil fertilized by power that is concentrated in too few hands.

“Today, the riches 8% earn half of all the world’s income, and the richest 1% own more than half of all wealth. The poorest billion people account for just 1% of all consumption; the richest billion, 72%.”
The Neanderthal concepts and policies pushed by the party of Trump and their comrades in Russia – denigration of a free press and immigrants, support for brutality and contempt for compassion – are the last gasps of an ideology that is one of the final obstacles holding back the human race. The generation growing up today may be the first one to taste the fruits of the better world that so many have sacrificed so much to create.
The way forward – the inevitable path to a better world – is to make power as diffuse as possible and for each individual to use their power to support the values cherished by the majority, the ones that have earned capitalization: Truth, Freedom, Justice, Equality, and the pursuit of a happiness that include them all.