The Met Life Tower, on 23rd Street between Madison and Park Avenues, was once the tallest building in the world. From 1909 until the Woolworth Building reared its head a couple of miles south on Broadway in 1913 there was no building on the planet that rose as high. The tower still has a bit of that attitude about it. Once you’ve been the biggest you never really forget it.

The structure of the Met Life Tower is based on a building that was four centuries old when it was built: the Campanile in St. Mark’s Square in Venice. There was a tower on the spot in Venice from the 9th Century until 1902 when the one from the 16th Century that inspired the Met Life Tower cracked and crumbled. Before the Venetians were able to reconstruct, New Yorkers beat them to it. 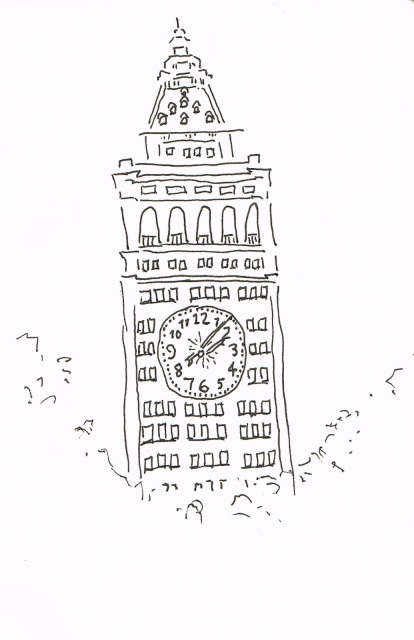