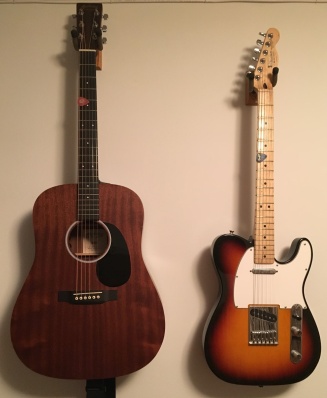 The “director” plays the fool by suggesting that Mozart uses “too many notes.” The Emperor (Joseph Benedikt August Johannes Anton Michael Adam von Habsburg-Lothringen, Holy Roman Emperor and King of Hungary, Croatia, Slavonia, Dalmatia, Bohmia, and Italy – really) also seems unqualified to pass judgement on such a composer. In my case, I think they hit the nail on the head.

I posted a song called “In A Heartbeat” to YouTube and the artist currently known as Indigo Grooves suggested a collaboration. I added some guitar parts to one of Indigo Grooves’ drum tracks. I might have played a few too many notes.