America has a lot to be proud of, if pride is your thing. I prefer humility. It requires more of a person than pride does. It has virtue. And, best of all, it doesn’t go before a fall.

Humility is a trait that is given more value in Japanese culture than it is in American. We like things bigger and better. We’re #1. There are advantages and disadvantages to humility and confidence, and they are all on vivid display in the art of the muses. When it comes to music, I have dogmatic beliefs, chief among them the idea that the song is the master and the musician the slave. Any slave can vouch for the utility of humility.

The kind of music I make consist of a direct relationship between master and slave, but the music in Absolutely on Music – Haruki Murakami’s new book of conversations with Seiji Ozawa – is classical music, and that has a middle-man. Like a priest, a rabbi, or a minister, the conductor of an orchestra is the intermediary between god and man. He has studied the texts and understands differing interpretations. It is his job to preach the gospel of Beethoven or Mahler into the eager ears of his disciples.

One source of American pride is our founding document’s insistence that all men are created equal. But in the world of classical music, that can pose a problem. The American conductor Leonard Bernstein handled his job differently than the European and Asian conductors Seiji Ozawa had worked with before he became Bernstein’s assistant:

OZAZWA: He was the same with us assistants. We thought of him as our teacher and wanted to learn from him but he didn’t see it that way. You are my colleagues, he used to tell us, so if you notice something that needs correcting, I want you to tell me about it, and I’ll do the same with you. He had that good American’s desire for equality. The way the system was set up, he was supposed to be the boss, but he insisted that he was not our teacher…
When he treated them as equals, one thing after another would come up, so rehearsals took much longer than they had to. I can’t tell you how many times I saw this happen.

MURAKAMI: They wouldn’t just do what he told them.

OZAWA: I suppose he was trying to be a “good American,” and maybe sometimes he overdid it.

MURAKAMI: Egalitarianism aside, I’m sure he felt terribly frustrated if he couldn’t actually get the orchestra to produce the sound he wanted.

OZAWA: I’m sure he did. Everybody called him “Lenny.” Some musicians would assume, as a result, that they could get away with anything, and they’d yell stuff like, “Hey, Lenny, that must be wrong.” Keep that up, and your rehearsals won’t go anywhere. They won’t end on time, for one thing.” 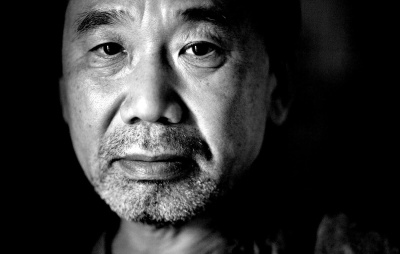 You don’t need to love classical music, or to completely understand the conductor’s function, to enjoy Absolutely on Music. You can be like me and enjoy it as the thoughts of two talented, creative men sharing the secrets of their inspirations.

As an untrained writer I found inspiration in these words:

MURAKAMI: No one ever taught me how to write, and I’ve never made a study of writing techniques. So how did I learn to write? From listening to music. And what’s the most important thing in writing? It’s rhythm. 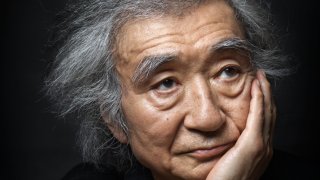 And, of course, what would a Murakami book be without a useless discussion of food:

OZAWA: We were among the earliest orchestras to gain a reputation for performing Mahler. [He eats a piece of fruit.] Mmm, this is good. Mango?

MURAKAMI: No, it’s a papaya. 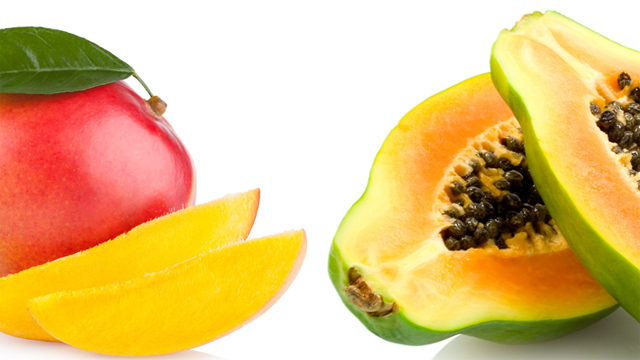