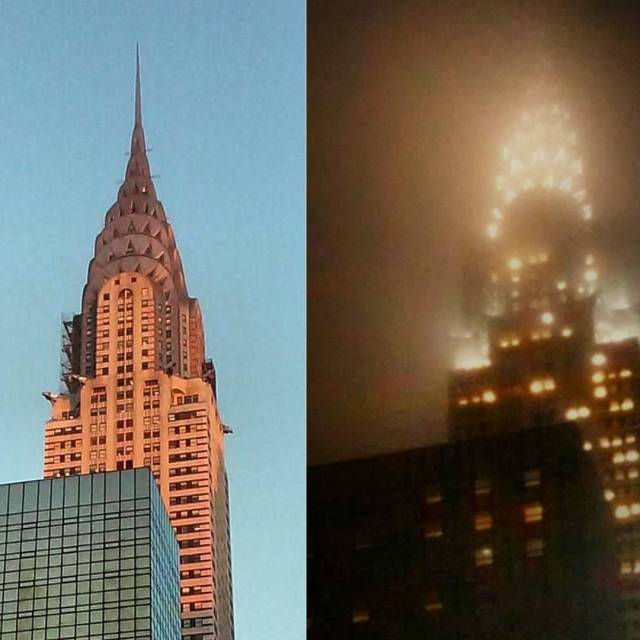 Two views of The Chrysler Building: the first in the pink light of sunset a few weeks ago and the other in last night’s foggy rain.