Playing a musical instrument is a lot like meditating. I find that my mind follows the notes as my fingers play and I can’t carry on a conversation while I’m playing music the way I can when I’m just listening to music. It’s like being lost in a dream.

I wrote this spare instrumental piece last week and found it more meditative than most. There’s a lot of empty space in it for the notes to reverberate. The melody follows a progression of two chords: this first is technically a B major7 suspended and the second is a B9 suspended, but neither of them are chords as much as a series of notes. 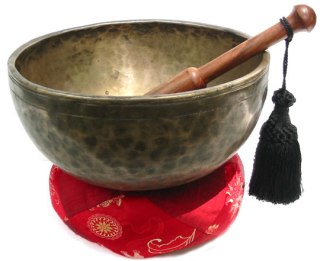 In time, I might develop this pattern into something more like a song. I sometimes throw in some open B and A chords and play them with a rapid strum like Pete Townshend but I also like this simple series of notes echoing in the hollow body of the acoustic guitar for meditation. Maybe what it the guitar really needs for accompaniment is a Rin Gong Singing Bowl.