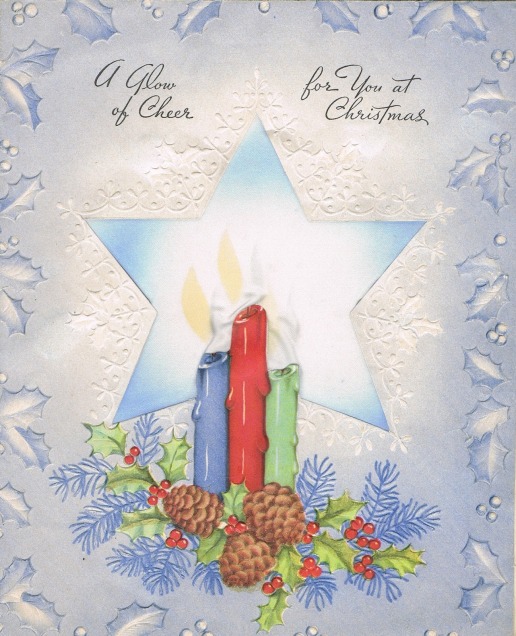 According to the postmark, this letter was sent on December 2, 1945. Three months earlier, and five days before my dad’s 20th birthday, the Japanese formally surrendered. The war was over but soldiers, sailors, and airmen were  spending another Christmas away from home. Still, it must have been a joy to experience the first season in six years that wasn’t lived under the cloud of a world war.

Ruth and Johnny were the aunt and uncle who raised my dad after his mother died. 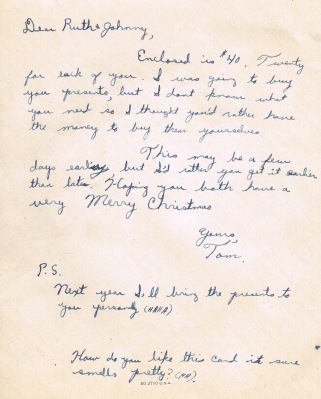 Enclosed is $40. Twenty for each of you. I was going to buy you presents, but I don’t know what you need so I thought you’d rather have the money to buy them yourselves.

This may be a few days early, but I’d rather you get it earlier than later. Hoping you both have a very Merry Christmas.

P.S. Next year I’ll bring the presents to you personally (HAHA)

How do you like this card it sure smells pretty? (HA).