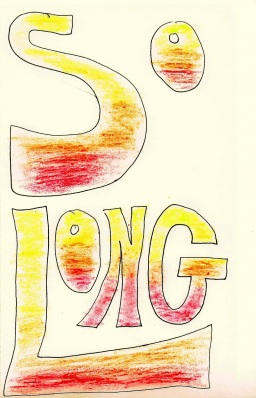 So long to friends dead or near death
And to those friends who might as well be
So long to sleeping three-to-a-bed
And waking up under the sea
So long to hoping, to shining, to loving the love
That rips bones from the soul
So long to believing the seductive words of
Friends spinning out of control