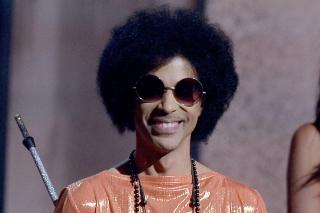 There’s no way around it – 2016 is a shitty year for music fans. So far we’ve lost Prince, Merle Haggard, David Bowie, Keith Emerson, Glenn Frey, Paul Kantner, and Maurice White. And it’s not even May yet. It got me thinking about the final recordings that artists make and what it says about the relationship between fame and mortality.

Long before they became stars, most of the gods and goddesses of music were mere mortals. I say most because we can’t really be sure about Keith Richards. When their stars fade or implode, they sometimes get a chance to confront their death in their art.

John Lennon didn’t get to see it coming and sang on his last album:

“Grow old along with me.
The best is yet to be.
When our time has come
We will be as one.
God bless our love.”

His fellow Beatle George Harrison saw the end and on his last album sang these words:

“Never slept so little, never smoked so much
Lost my concentration, I could even lose my touch
Talking to myself, crying out loud
Only I can hear me, I’m stuck inside a cloud.”
Joey Ramone also saw the end coming and on his final album sang:
“Sitting in a hospital bed
Frustration going through my head
Turn on the TV set
Take some drugs so I can forget
I, I want life
I want my life
It really sucks”
Listen to David Bowie’s last album Blackstar through headphones for an intimate taste of his mortality. Dollar Days starts with the sounds of the artist in one of his last visits to the vocal booth shuffling his lyric sheets. Before he unleashes the monster of his voice on Tis A Pity She Was A Whore you can hear his labored breathing as he listens to the backing tracks that bleed from his headphones into his microphone. And of course there’s his video for Lazarus.
“Look up here, I’m in heaven
I’ve got scars that can’t be seen
I’ve got drama, can’t be stolen
Everybody knows me now
Look up here, man, I’m in danger
I’ve got nothing left to lose
I’m so high it makes my brain whirl
Dropped my cell phone down below
Ain’t that just like me
By the time I got to New York
I was living like a king
Then I used up all my money
I was looking for your ass
This way or no way
You know, I’ll be free
Just like that bluebird
Now ain’t that just like me
Oh I’ll be free
Just like that bluebird
Oh I’ll be free
Ain’t that just like me”