Skip to content
“That was your first mistake
You took your lucky break and broke it in two
Now what can be done for you?”
Paul McCartney – Too Many People 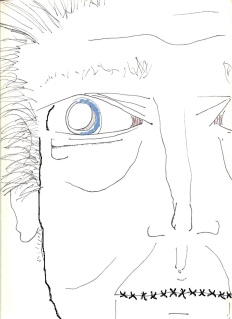 Sure, I’m a misanthrope now, but I wasn’t always like this. I generally liked people, and most of them seemed to genuinely like me. I was interested in other people’s thoughts and hopes and fears and dreams; I liked to know how we all got to be who and where we were. But something inside me is broken now. The rubber band that used to spin my propeller has snapped.

I started life as one of four, then five. Later, I was one of two (against the world!), then three, then back to two, and now just one. A rapidly eroding one.

Living and working in a city with 8.4 million other people (give or take) makes it almost impossible to be alone, but a man can try. Anonymity is easy in such a multitude. So is loneliness.

I don’t know how it started. No, I do. I was listening to Nat King Cole. Nobody else ever sounded like that. It started with cheating on Erin. Which, it turns out – since me and Erin were as close as two people can be – was also cheating on me. Not that I cared. I wanted someone younger. Juicier. Erin said I was like a dog running after a car: What did I think I was going to do with it if I caught it?

In the course of pursuing ever more elusive prey, I turned my weapons on myself, and that’s where I found the juiciest target of all.