This is a song of mine that goes back a couple of decades. I was living in Greenwich Village when I wrote it and recorded it with my band. That version is gathering dust in the archives. It’s hard to remember the impetus behind the lyrics but the idea of using drugs in jail struck me as an attempt to let your mind escape even as your body is trapped. Unfortunately, it’s a feeling that still resonates with me which I guess is why I’ve recently started playing it again after all these years I’ve left it moldering in the past.

When she puts on her eyeliner 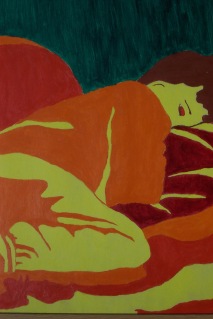 We’re driving down Commerce Street
Through the gates of heaven

We’re driving down Commerce Street
Through the gates of heaven