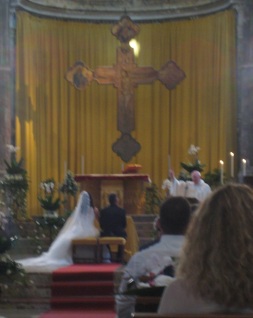 On the sixth of June, three days shy of our silver anniversary, my wife and I found ourselves on a pew in a cathedral in Sicily, unintentional witnesses to the sacrament of marriage. The bride and groom, in front of their God, family, and closest friends committed one of the most audacious acts imaginable: they declared their intention to forsake all others until death tears them apart. 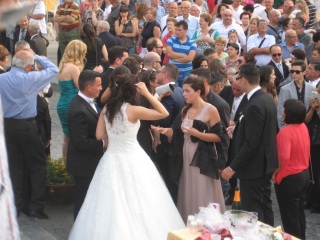 There are precious few, if any, husbands or wives who haven’t contemplated divorce, or at least taking a brief respite from the whole “forsaking all others” thing. The libido, from its painful birth in puberty to its grisly death by asphyxiation, is an urge as powerful as any other, including the survival instinct. History is full of tales of men and women whose drive for sex cost them their lives. For some, the libido feeds on something more substantial than sex. It feeds on love, specifically the intimate love the Greeks named Eros. After food like that, a person could be forgiven for daring to believe that even death is too puny to tear lovers apart. If we can beat “forsaking all others,” maybe we can beat “till death do us part,” too.

Ever since you walked right in the circle’s been complete
I’ve said goodbye to haunted rooms and faces in the street
In the courtyard of the jester which is hidden from the sun
I love you more than ever and I haven’t yet begun.

You breathed on me and made my life a richer one to live
When I was deep in poverty you taught me how to give
Dried the tears up from my dreams and pulled me from the hole
I love you more than ever and it binds me to this all.

You gave me babies, one, two, three, what is more, you saved my life
Eye for eye and tooth for tooth, your love cuts like a knife
My thoughts of you don’t ever rest, they’d kill me if I lie
But I’d sacrifice the world for you and watch my senses die.

The tune that is yours and mine to play upon this earth
We’ll play it out the best we know, whatever it is worth
What’s lost is lost, we can’t regain what went down in the flood
But happiness to me is you and I love you more than blood.

It’s never been my duty to remake the world at large
Nor is it my intention to sound a battle charge
‘Cause I love you more than all of that with a love that doesn’t bend
And if there is eternity I’d love you there again.

You turn the tide on me each day and teach my eyes to see
Just being next to you is a natural thing for me
And I could never let you go, no matter what goes on
‘Cause I love you more than ever now that the past is gone.