Skip to content
Hot off the presses (and computer screen) comes my contemporary novel of love Lost and Found. 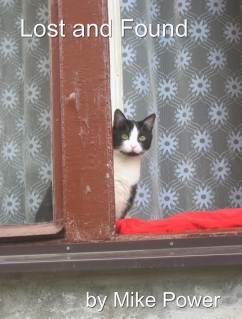 “It was a nightmare. It had to be. What else could it be?

Alan’s body was broken and bloody. The bones that hadn’t been ripped from his skeleton were snapped like twigs. Something large, machine or animal, had attacked and left him completely powerless to defend himself. There was so much blood in his mouth that he felt like he was drinking wine every time he swallowed.
The abyss was opening up again. He could feel the black emptiness widening beneath him, swallowing him up and carrying him down to that place where the tears never stop, where they get drowned out by the crushing weight of inescapable pain. He remembered this distinctive hopelessness from the days of his parents’ divorce.
His brain retreated from the pain. It was useless trying to convince him that everything was going to be alright, so it constructed fantasies from memory. It fed him sex in large, wet doses that turned the soreness of his muscles into a pleasurable exhaustion.For a few fleeting moments Alan was able to convince himself that he wasn’t lying battered on Lexington Avenue, or in a hospital bed. Instead, he was in his own bed, making love to the most beautiful woman he’d ever met. A strange and exotic woman, so unlike any other he’d met that he barely recognized her as one of his own kind.
She wanted to have a baby with him. He couldn’t let that happen. Not in this world. Not with all the horrors that would inevitably be inflicted on his child. What kind of despicable thing was that to do to his own flesh and blood? Alan didn’t know that it was already too late. The work of creation had begun. A baby was coming as inevitably as the rising sun.”

Lost and Found is now available for download in various formats from Smashwords.