So, it was a polar bear. That’s how I wound up behind bars. I never had a problem with polar bears before today. They seem decent enough, like any other species, I guess. They occasionally take baby seals and rip them apart, splattering their blood all over the snow, but that’s nature. Who am I to go up against nature?

This polar bear, though, was doing something unnatural. And right in the middle of Central Park! 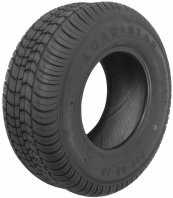 It involved a tire and some kind of a hose that they put in the water to keep it cold. It was hotter than hell and that was part of the problem too. People get really short fuses when it’s that hot. Anyway, there was the tire and the hose and (not to get too graphic) I’m there with my six year old daughter who I do not want to explain that to. So I did what any good dad would do: I shimmied up the wall and over into the pit.

You don’t really appreciate how big those fuckers are until you’re up close to one. They’re big. And sooooo fucking vicious. He looked me right in the eye and told me as clear as words: I am a killing machine. You are prey.
That’s when I thought, there’s probably worse things for my little girl than trying to explain the thing with the tire and the hose. So I shimmied back up, they way only a primate can, and I got to reassure my little princess before they hauled me away.

Now I’m the one in the cage. And that’s completely unnatural.